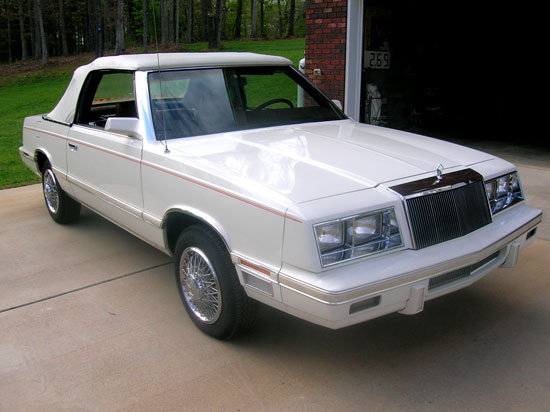 I don’t remember the day that I met Robin Lynn or even how we met. I only remember that we were best friends from the beginning, and that almost every conversation was an intellectual or an emotional adventure… or both. With Robin, every foray into the mundane left an imprint of something unexpected.

In the mid 90’s, Robin’s office was just a few station stops from mine. So two or three times a week, at lunchtime, I would hop on the “R” train, and visit Robin and her colleagues. She always made a big deal of my arrival, letting go a lyrical, “look who’s here,” or something like that, as I walked in the office. It means something when someone is glad to see you, especially when they have seen into you.

Robin’s car, a white convertible Chrysler K-car from the early 80’s, was named Logan. In 90’s New York, Logan looked a bit like a throwback. And it was quirky, sensitive and temperamental.  But despite its eccentricities, Logan always managed to get Robin’s kids to school on time; although it occasionally resisted returning home to its parking spot on Riverside Drive.

Logan? Really? What kind of name is that for a car, I once asked her. Robin then questioned why I would even think about questioning the name of her car. Car naming, after all, is one of those inalienable rights. And Robin, at the core, was a rights champion. I think that was partly what drew her to South Africa in the aftermath of the fall of apartheid.

Guided only by the force of her commitment, Robin moved her family to Cape Town, South Africa to help foster forgiveness and healing among the people of that nation. I’ll never know for sure, but I think she saw herself as a global citizen, a steward of the entire planet. And not only was she acutely attuned to the suffering of others, she was committed to relieving it.

Robin made her mark on South Africa, against the odds and in the face of circumstances that most of us would run from. Then she came home, and headed to her sanctuary in Sag Harbor, the seaside community that had figured so prominently in upbringing. There, she could blanket herself in solitude, punctuated only by the love of the people she loved. It’s where she went whenever she needed to be renewed.

Robin loved Jack, who for almost two years was my foster-son, and Jack loved Robin. At seven years old, Jack insatiably curious, very energetic and he was Deaf. My sign language ability was bad at best, and my attempts to be the interpreter between Robin and Jack usually left both of them frustrated and “in the dark.” So together they decided to dispense with me, and communicate with each other directly. Jack taught Robin the essentials of American Sign Language, and Robin taught Jack to swim in the Atlantic Ocean.

It occurred to me that teaching people to swim is probably what Robin did best; not that she ever even taught anyone else to swim in the ocean, mind you. Robin taught people how to swim in life. She showed others how to get to the top when life’s undertow pulled them down. She taught others how to be versatile and go with the flow or swim against it, even when they would rather “chew glass” than swim at all.

Robin’s passing was a little more than seven years ago. Pancreatic cancer can be a swift and unyielding assassin.

Today, June 28, is Robin’s 66th birthday, and my memories of her are as potent as they have ever been. She would probably see this story – this sharing of my memories of her – as some kind of self-indulgence… a syrupy diversion, perhaps, from the important work at hand.

But what do I care? She named her car Logan. So how serious can she really be?

or login using your...